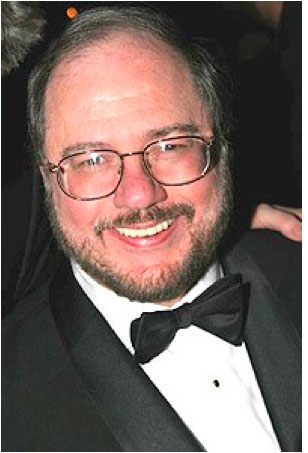 Called “an American treasure” by the Los Angeles Times, “brilliant” by the London Times, “a comic genius” by Kirkus Reviews and “a true Renaissance man” by Newsweek, CBS Sunday Morning, Playbill magazine and scores of other publications and websites…mystery novelist-playwright-composer-arranger-screenwriter-conductor-singer-songwriter Rupert Holmes is the first person in theatrical history to solely win Tony® awards as an author, a composer and a lyricist.

Twice presented with the coveted “Edgar” award (the “Oscar” of the Mystery Writers of America), his first novel, Where the Truth Lies, was nominated for the Nero Wolfe award for Best American Mystery Novel, was a Booklist Top Ten Debut Novel and made into an Atom Egoyan motion picture starring Colin Firth and Kevin Bacon. A London Times Book Group pick, it has been released in six languages and as two different audiobook recordings.

His second Random House novel, Swing, reached #24 among all books at Amazon, and was the first novel to come with an original CD musical score. His short stories have been anthologized in such prestigious collections as Best American Mystery Stories and On a Raven’s Wing.

He solely authored and composed the Broadway musical-comedy The Mystery of Edwin Drood, which won the Tony® award for Best Musical and received a critically-acclaimed Broadway revival by the Roundabout Theater. His comedy-drama about the life of comedian George Burns, Say Goodnight, Gracie, earned him a Tony® nomination for Best Play and won the National Broadway Theatre Award for Best Play. His stage comedy-thrillers Accomplice and Solitary Confinement broke existing box office records for the Kennedy Center and the Pasadena Playhouse, with both shows enjoying runs on Broadway, while Curtains starring David Hyde Pierce (and written with the legendary songwriting team of Kander and Ebb) won Holmes the Drama Desk award for Best Book of a Musical as well as two further Tony nominations®. In 2012, Holmes collaborated as author and lyricist with musical giant Marvin Hamlisch for the award-winning premiere of The Nutty Professor, which received 8 BroadwayWorld.com awards including Best Musical and Best New Work.

The team of Hamlisch and Holmes also contributed to the score of Steven Soderburg’s 2013 Liberace biopic, Behind the Candelabra. His script for Secondhand Lions premiered at Seattle’s Fifth Avenue Theatre. He adapted John Grisham’s classic novel A Time to Kill for Broadway with Sebastian Arcelus, John Douglas Thompson, Tom Skerritt and the late Fred Thompson, and created the book of the new musical Sweet Potato Queens in collaboration with pop songwriters Melissa Manchester and Sharon Vaughn, which recently concluded a record-breaking world premiere at Houston’s Theatre Under the Stars.

In December of 2014, ASCAP presented Rupert Holmes with its prestigious “George M. Cohan Award” acknowledging the diversity and depth of his career as a composer, lyricist, playwright, and novelist.

For TV, Holmes created, wrote and scored all four seasons of the critically hailed AMC series “Remember WENN,” commemorated on its tenth anniversary by a cover piece in the Arts & Leisure section of The New York Times.

Holmes is currently completing the first book in a new series for Simon and Schuster: The McMasters Guide to Homicide: Murder Your Employer.

He has arranged, conducted and written platinum recordings for Barbra Streisand, including her classic Lazy Afternoon album and his songs for the Golden Globe-winning, quadruple Platinum Billboard #1 LP score of A Star is Born. As a pop tunesmith, his work has been recorded by the leading vocalists of our time, from opera star Renée Fleming to pop star Britney Spears, from balladeer Barry Manilow to rapper Wyclef. Yet despite all the above, Holmes is still best known to the public as the singer-songwriter of several Billboard Top Ten hits, including his #1 multi‑platinum smash “Escape” aka “The Pina Colada Song”…heard in such recent films as Guardians of the Galaxy, The Secret Life of Walter Mitty, Grownups, Bewitched, Wanted with Angelina Jolie, The Sweetest Thing, Shrek, the TV shows “Las Vegas,” “True Blood,” and most recently performed by Jimmy Fallon and Blake Shelton with The Legendary Roots.

Born in Cheshire, England, the son of an American army band leader who met Holmes’ British mother while stationed overseas, he grew up near Nyack, New York and attended first The Crouse College of Music at Syracuse University as a clarinetist, then Manhattan School of Music, where he changed his major to music theory. Holmes was also recently presented with an honorary doctorate degree from Manhattan School of Music. He found his passion for music was equally matched by a love of story-telling, which initially found outlet within the framework of unique story songs, leading him to a career as a pop singer-songwriter of the seventies.

While still in his late teens, Rupert Holmes was already arranging and conducting some of the last recording sessions of The Drifters, The Platters and Gene Pitney as well as Top 40 pop groups such as The Cuff Links. Following an early hit tune written for TV’s The Partridge Family (“Echo Valley 2-6809”), and an initial foray onto the Top Forty charts as the lead singer of the non-existent group The Street People, his first Billboard Top 20 song was the “calculated-to-be-banned” Dr. Demento standard about possible cannibalism during a mining disaster (“Timothy” by The Buoys).

In 1974 he released his first solo album for Epic Records, Widescreen, named one of ten albums of the year by The New York Daily News. Instantly deemed “one of the most sensitively attuned songwriters to emerge in years” by Circus Magazine, and the “best new songwriter of 1975” by The Village Voice, Holmes’ story-driven recordings and cinematic orchestrations prompted Barbra Streisand to call him to Los Angeles, where he wrote, arranged and conducted some of her most memorable recordings of the seventies and eighties. In addition to the aforementioned platinum Lazy Afternoon and A Star is Born, a number of their recordings have recently been released for the very first time, including Holmes’ memorable arrangement of “How Are Things in Glocca Morra? / The Heather on the Hill,” the Streisand/Streisand duet of “You’ll Never Know” and Barbra’s astounding rendition of “Make Our Garden Grow” from Candide.

In the mid-seventies, while recording three new albums (the eponymous Rupert Holmes, Singles, and Pursuit of Happiness) Holmes also produced recordings by several major British rock bands, “in part to catch all the plays and musicals running in London’s West End each season,” he admits. The results of this were two major U.K. pop hits of 1976: “A Glass of Champagne” (with Holmes playing its trademark piano riff) and “Girls, Girls, Girls” (a “Benny Hill” standard) both performed by the band Sailor and co‑produced with Emmy award-winning Jeffrey Lesser.

Holmes went on to arrange and produce the talented Brit rocker John Miles, resulting in the albums Stranger in the City and Zaragon and the single “Slow Down” a #2 dance hit on the US Billboard Disco charts featuring a memorable orchestration by Holmes. Other acts in Holmes’ producing repertoire at this time were the glam-rock band Sparks, the classic art rock band Strawbs and British pop singer-songwriter Lynsey de Paul.

In 1979 and 1980, with the release of his fifth album Partners in Crime (RIAA certified platinum), Holmes at last topped the Billboard charts as a singer, songwriter, arranger and producer with his now-iconic hit “Escape (The Pina Colada Song),” which went to number one in the United States, Canada, Australia, and Japan. Holmes followed “Escape” with the Billboard #6 single “Him” and also penned the ballad “You Got It All Over Him” for The Jets, a record which simultaneously topped Billboard’s Top 40, R&B and Adult-Contemporary charts in the number 1, 2 and 3 slots.

Over the decades, Holmes has performed in every kind of venue, live or televised, from The Bottom Line to Carnegie Hall, London’s “Top of the Pops” to NYC’s 54 Below, The Today Show, The Tonight Show, Caesar’s Palace, Trump Plaza, The Roxy, Dangerfield’s with Rodney and Michael’s Pub, from the Jon Stewart Show to The People’s Choice Awards, capped by his own hour-long PBS Soundstage special and winning Best Performance at the World Popular Song Festival in Tokyo’s Budokan.

In 2015, he performed for at the Library of Congress in concert with Steely Dan’s Donald Fagen, Natalie Merchant, rapper Ne-Yo and John Legend.

In 1985, Holmes’ musical comedy based on Charles Dickens’ uncompleted last novel The Mystery of Edwin Drood was produced by Joseph Papp and the New York Shakespeare Festival, initially at the Delacorte Theater in Central Park and then making its Broadway premiere at the Imperial Theater. Holmes solely wrote the book, lyrics, music and even orchestrations, a quadruple hat trick virtually unheard of in theatrical history. In the spring of that year, Holmes singly won the Tony awards for Best Book, Best Score (music and lyrics), with Edwin Drood winning Best Musical. Tonys also went to director Wilford Leach and lead actor George Rose. The Tonys had no category that year for Best Orchestration, but Holmes and Edwin Drood won all the same awards from the New York Drama Desk plus their additional category for Best Orchestration. The Mystery of Edwin Drood went on to have a West End production at London’s Savoy Theatre starring British comic legend Ernie Wise and beloved pop star Lulu, two national tours, the first featuring Jean Stapleton and Clive Revill, and can be seen somewhere in the world most every day of the year. It had a spirited production at London’s West End Theatre, and an acclaimed 2012-2013 Broadway revival directed by Scott Ellis at Roundabout Theater’s Studio 54.

Holmes has also kept the vanishing stage genre of the comedy-thriller alive (and hilariously dead) with his stage puzzlers Accomplice, which on Broadway starred Jason Alexander and Michael McKean, performed across the U.S. and around the world in several languages; Solitary Confinement, a tour de force for actor Stacy Keach which set a new box office record at the Kennedy Center and enjoyed a brief run on Broadway; and Thumbs, a rare thriller for two women, performed in both New York and Cape Cod by Kathie Lee Gifford and Diana Canova.

With the new millennium, Holmes added novel writing to his repertoire. His critically-acclaimed mystery, Where the Truth Lies, was a Booklist Top Ten Debut Novel; his second, Swing, was a San Francisco Chronicle Top Ten Best Seller, called “imaginative, smart, sophisticated and impressively elaborate” by Janet Maslin of the New York Times. His short stories have been anthologized in such prestigious collections as Best American Mystery Stories, On a Raven’s Wing, A Merry Band of Murderers and Christmas at the Mysterious Bookshop. He was also commissioned by The New York Times to write the Arts and Leisure tribute celebrating the one hundredth birthday of Irving Berlin. Holmes is currently finishing the first entry in a new fictional mystery series for Simon and Schuster (see first page for more details about Holmes’ novels). 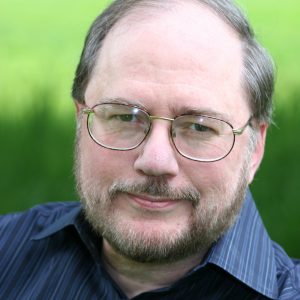