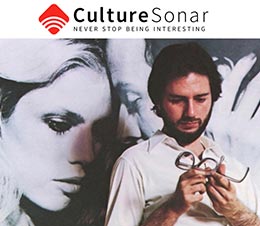 Few figures in the entertainment industry have mastered as many mediums as vocalist, songwriter, producer, arranger, and playwright Rupert Holmes. In a career that has spanned more than five decades, he has conquered the realms of radio, television, and theatre. His first success came via pop-rockers The Buoys, who scored a hit with his lurid survivalist tale “Timothy“ in 1971.

Between 1974 and 1981, Holmes released seven albums that display his gifts as a tunesmith and storyteller. Known by many as the man behind “Escape (The Piña Colada Song),” he remains a whole lot more than what that novelty hit might suggest, hence his in-demand role as a producer and songwriter during the 1970s.

Released just as 1950s nostalgia gripped the U.S., Holmes’ Epic debut album unveiled an artist indebted to the classic orchestral pop of the 1930s and ‘40s. The first two verses of “Soap Opera” chronicle the abrupt downfall of a briefly ascending stage actor, whose loss of voice has left him relegated to a dead-end nightshift. The ongoing chorus details his new preoccupation; the interwoven plotlines of an imaginary daytime television drama:

Here’s the story down to earth:
Shirley’s finally given birth
She’s been carrying the baby for a year
Though it don’t belong to Bob
Who’s been fired from his job as a surgeon
‘Cause he’s got this sudden fear
He can’t stand the sight of blood
Meanwhile Shirley’s mining Judd
Who’s the father of the kid but he won’t give
And tomorrow’s show will say what they left out yesterday
And that gives me one good reason I should live

The information overload persists in perfectly measured couplets to a lengthy fadeout. Vocally, Holmes veers between airy bravado while recalling his former glory and deadpan cynicism while chronicling the activities of the TV characters. He would use these same devices on future numbers that contrast romanticism and disdain.

The cinematic “Widescreen” and plaintive “Letters That Cross in the Mail” was covered by Barbra Streisand on her Holmes-produced 1975 release Lazy Afternoon. During this period, Holmes also produced albums for Sailor, Sparks, John Miles, Lynsey de Paul, and Orchestra Luna.

Click Here to Read The Full Article on CultureSonar.com >